Most of our lovely customers who attend the kennels and daycare will know our Mila, our ditsy, petite Collie with the blue eye. Here’s her story.

It was a strange mixture of feelings. We’d always known from the first day of her diagnosis with Lymphoma, that it was going to kill her. The vet had given us a vague figure, based on his experience. That figure was six months, perhaps even a year.

Amazingly, thanks to the chemotherapy, Amber sailed well past her one year limit and achieved an extra fifteen months of life.  But even though each day was a gift that I cherished, my anxiety ate me up inside. I couldn’t bear to lose her, yet it was happening and inescapable, and all I could do was wait and wonder when.

When that day finally came, and Lee and I sat on the floor beside her,  nodded to our vet, Richard, to go ahead, and felt her little body go limp in our hands, I was shocked that I felt... relieved.

All that waiting and wondering had taken its toll, and not only that, but I had been worrying about her euthanasia. I was so scared that her very last moments may frighten or cause her stress, but it wasn’t like that. Her death was peaceful and calm and she was surrounded by love. It was only us that hurt, and that we could live with.

It didn’t take long for the silence to get to us. The lack of clicking nails on the wooden floors, a knock on the door without a flurry of barking, her favourite squeaky toy ‘Baby’ lay alone in her basket. It had been less than a week and I felt guilty even thinking about getting another dog so soon, but I had been grieving for Amber’s loss every day for the past fifteen months, I didn’t need, or want, to grieve anymore. The chaos and mess of a naughty puppy seemed like it would be a welcome distraction. So, the hunt began.

Amber had been a rescue dog, but this time, just this once, we made the decision not to adopt a rescue. One look at George, our crazy, noisy, bolshie toddler, and we knew that it just wasn’t fair to expect an adult dog, who had perhaps been neglected or abused, to cope with him. A puppy could grow up right in the thick of it and not know any different.

It didn’t take long for us to find her. The last puppy left out of a farm litter of Border Collies. We pulled up the car and parked on the dirt track, and there was a young man waiting for us with this tiny ball of fluff in his arms. He hadn’t mentioned when we had phoned him, but she had one blue eye, and it sparkled in the sunlight like a jewel. We fell in love instantly. We asked to see the parents, and her father came walking aloofly by. He pee’d up our car tires, sniffed us, and went on his way. No time to chat. Work to do. Her mother had to be carried out held in a firm grip. She wagged her tail and wriggled frantically, licking us as we stroked her. Apparently if he’d have put her down she had a habit of jumping in the duck pond and swimming about after the ducks. Ok, fair enough, the mother was obviously a complete dipstick, but both parents looked healthy and friendly, so we handed over £120 and took her home. We named her Mila.

Straight away we spotted that she was clever. It took almost no time or effort to teach her basic commands. Let’s face it with George we barely had the time, but in the true nature of a Collie Mila soaked up what she needed to know like a sponge. She had just the right temperament for where we are in our lives right now, which can only describe it as ‘the midst of chaos’, especially since our second child, Matilda, came along. I’m not sure whether her temperament is something that nature gave her, or a consequence of living in a madhouse, but it suits us all the same.


She’s bold, fearless, and always ready to play. She’s been on the slide, the trampoline, crammed into the back of the car along with George’s bike. She’s been shot with a nerf gun (it’s a good game because she likes to bring back the foam bullet!), she’s been in the paddling pool, she been dressed up in silly outfits, she wrestles with Lee and thinks nothing of riding on his back and him jogging around the house. If ever a dog was bombproof, she is. Mila is also a comedian, and never fails to make us laugh numerous times every day. Even when she’s fast asleep she makes us laugh, as her tongue pokes out through her teeth when she’s relaxed. It also pokes out when she concentrates... basically she has a permanently daft expression.


Don’t let her expression fool you though, she’s intelligent, and puts it to good use too.  I can’t actually remember doing any ‘real’ training with her, much to my shame. Still she knows the important things and does them well. Sit, down, stay, and recall are faultless. Also, like Amber, she has a whole dictionary of words that she has learned for herself, which consequently we end up avoiding as they get her over excited. However avoiding these words only leads to her learning the new ones, and quite soon we are going to have to consult a thesaurus before discussing any plans to go out for a walk.

In the Doggie daycare, quite often, when Lee calls out dog’s names to come in, they pretend they can’t hear him. Somehow, Mila knows everyone’s name, and when she see’s that they’re ignoring him, she jumps of the sofa and rounds them up to the door in typical Border Collie fashion. She loves the daycare, and can’t wait to accompany Lee over in the morning. I’m sure she thinks we just invite over all her friends every day for her benefit.

What can I say but Mila has fit into our little family like a piece to a puzzle. She’s not Amber, nothing like her in fact, but a replacement is not what we wanted anyway.

Lee and myself were discussing this the other night over a glass of wine, figuring out how many dogs we may have the pleasure to own during our lifetime and what their characters and legacy may be, how we will try to recall them all when we’re in the old folks home reminiscing, and we can’t remember their names.

‘What was that first one called?’ we’ll say to each other. ‘The special one? The one with the goggly eyes and the bright orange fur?...The one that was human?’

We’ll perhaps ponder her name for a while and then we’ll remember.

'Amber, that’s it...' The special one. The one that was so clever she was almost human. Our first dog and the one that broke our hearts because she left too soon. That will be her legacy and the way in which we remember her.

And then we’ll burst out laughing.

‘And what was that clown of a dog called? The one with the bloody tongue that stuck out of its head? The one that was daft as a brush and used to make us laugh until we cried?’

That would be Mila. 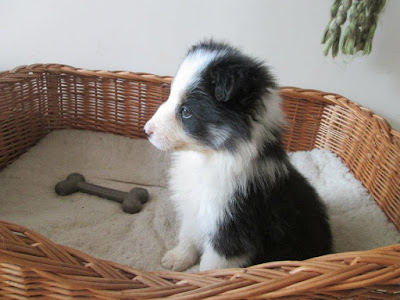 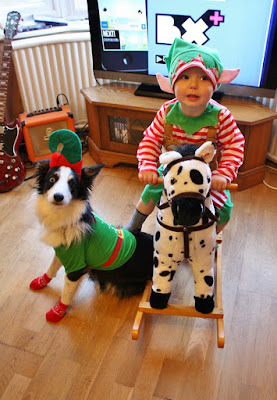 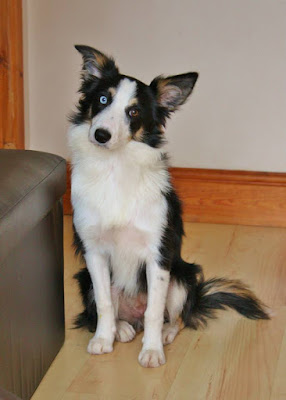 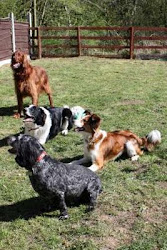 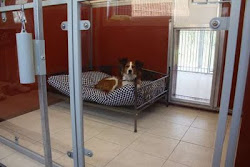 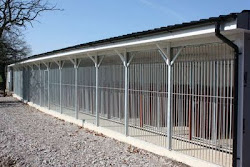